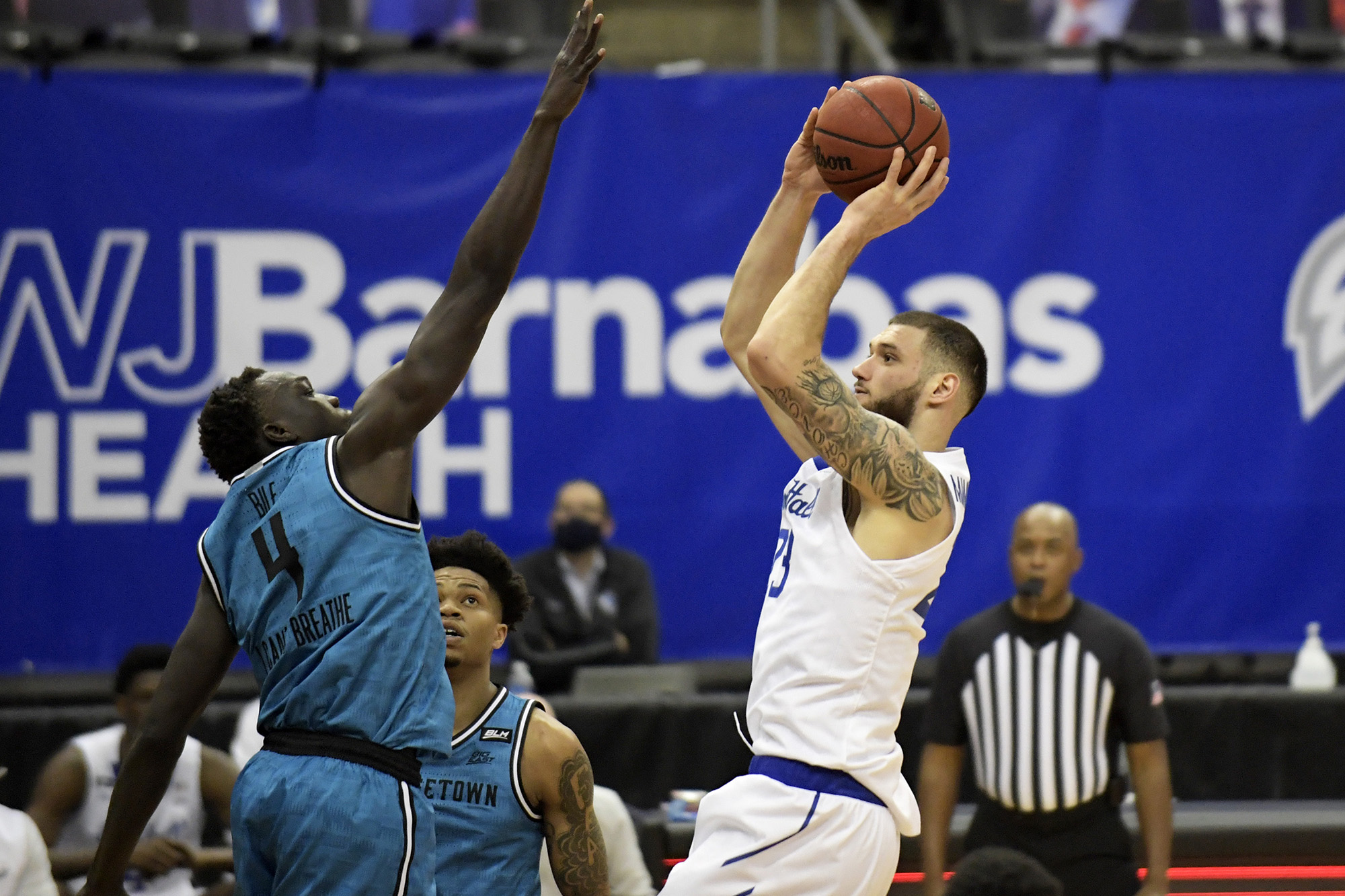 Eventually, Seton Hall was going to get burned. At some point, the Pirates were going to play with fire one too many times.

Seton Hall was fortunate to get past Marquette and DePaul in the last week, but wasn’t so lucky Saturday. Georgetown is playing better than those aforementioned foes. The Hoyas proved it, handing the Pirates an 81-75 setback in the nation’s capital, a loss that could be the difference between making the NCAA Tournament and missing it.

Georgetown was the better team and played with sustained effort. The Hoyas were lights-out from 3-point range — they went 10-of-16 from deep and Donald Carey notched two four-point plays in after the break — and responded when the Pirates went ahead early in the second half. The Hoyas held Seton Hall star Sandro Mamukelashvili to four points over the final 14-plus minutes, and executed down the stretch, looking more like the team that was in the mix for the tournament.

The loss, a Quad 2 defeat, snapped the Pirates’ four-game winning streak, and hurt their resume. Mamukelashvili, despite a slow start and finish, had 22 points to lead the Pirates, but he didn’t get much help. Jared Rhoden was held scoreless in the second half and Myles Cale scored just eight points on 3-for-10 shooting. Jamorko Pickett had 20 points to lead Georgetown.

Considering how slowly Seton Hall started on the defensive end, how quiet Mamukelashvili was for most of the opening 20 minutes, the Pirates were fortunate to be down by just three at the break. They trailed by as many as 12, their defense just a rumor for large stretches. Georgetown made nine of its first 14 shots from the field and four of its first six 3-pointers.

Seton Hall closed the first half much better, limiting the Hoyas to just three points over the final 5:05 and Mamukelasvhili began to awaken, hitting a pair of 3-pointers. Rhoden was Seton Hall’s best player in the first half, notching nine points, six rebounds and two assists.

Momentum carried over into the second half as Seton Hall, trailing 38-35, reeled off the first seven points to go up four. Mamukelashvili began to make his presence felt, scoring 10 points in the first 5:47 of the second stanza. At one point, the Pirates led by five, but that was short-lived. Georgetown ripped off a 17-4 run that was capped by the first of two Carey four-point plays. There was 8:32 remaining and Seton Hall was down by eight.

Mr. Big will not be in the ‘SATC’ revival

Mr. Big will not be in the 'SATC' revival

Reggie Jackson no longer working for the Yankees

Merrick Garland testifies before Senate in bid to become AG

Teens and Parents: Are You Grappling With Mental Health Issues?

Six Flags to reopen all national parks and hire thousands

Tiny firms will get PPP loans to themselves for 2 weeks

Peter Yarrow accused of raping underage girl in NYC in 1969