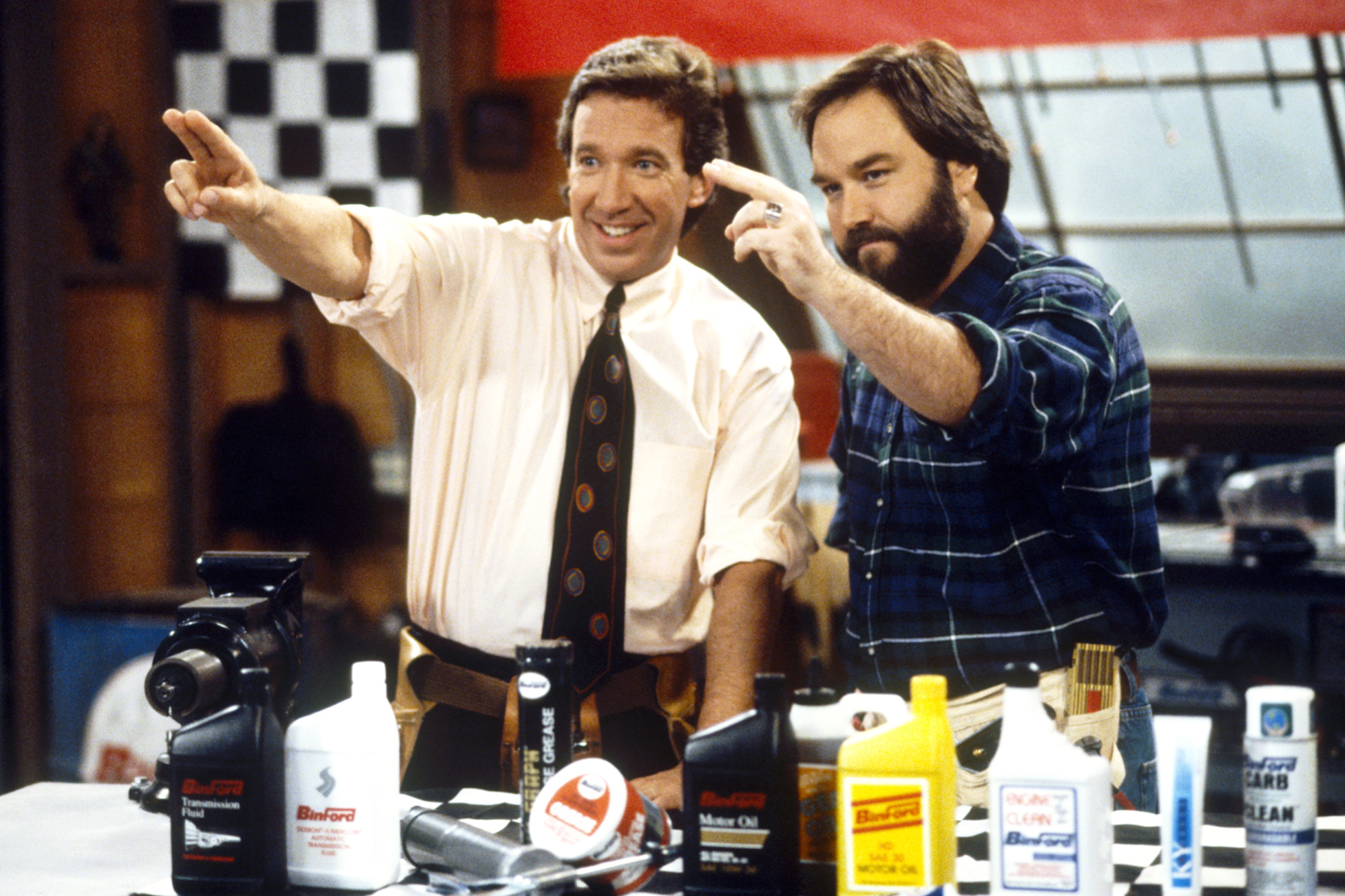 Tim Allen and Richard Karn, perhaps better known as Tim “The Toolman” Taylor and Al Borland of “Tool Time” on ’90s prime-time comedy “Home Improvement,” are reuniting in a new competition show on the History Channel.

The unscripted series, dubbed “Assembly Required,” has contestants go head-to-head to construct wild inventions and appliance mashups, including a combo ice melter/leaf blower, a lounger-lawn mower and something called a “BBQ bicycle,” Variety reports. It will premiere Tuesday at 10 p.m.

Allen, 67, described it as a “kind of a live version of ‘Tool Time,’” to reporters at a Television Critics Association press junket on Thursday, with Karn, 65, and do-it-yourself YouTuber April Wilkerson, who will be the show’s resident builder expert.

The hourly 10-episode series has already been filmed — remotely, which proved difficult for a show that’s predicated on playing with physics and scale. The Zoom-based critiques by the panel of experts were also frequently challenged by technologic interruptions — shining a light on the lack of access to utilities in many rural areas.

“You realize that around the country that Wi-Fi and the ability to get access to the outside world is not as easy for everybody,” Karn said, during the press panel.

A benefit to the remote aspect, Wilkerson added, is that contestants use their own equipment in their own workspaces and that could encourage viewers at home to start their own projects.

“I think the more people that get into it, the more it inspires others to get into it, too. Because, I think, at the root of our DNA, we all want to build and create,” she said.

Allen and Karn starred on “Home Improvement” together for eight seasons from 1991 to 1999.

K’Andre Miller back after stint on Rangers’ COVID-19 list

Steve Cohen is back on Twitter after GameStop debacle

For Some Teens, It’s Been a Year of Anxiety and Trips to the E.R.