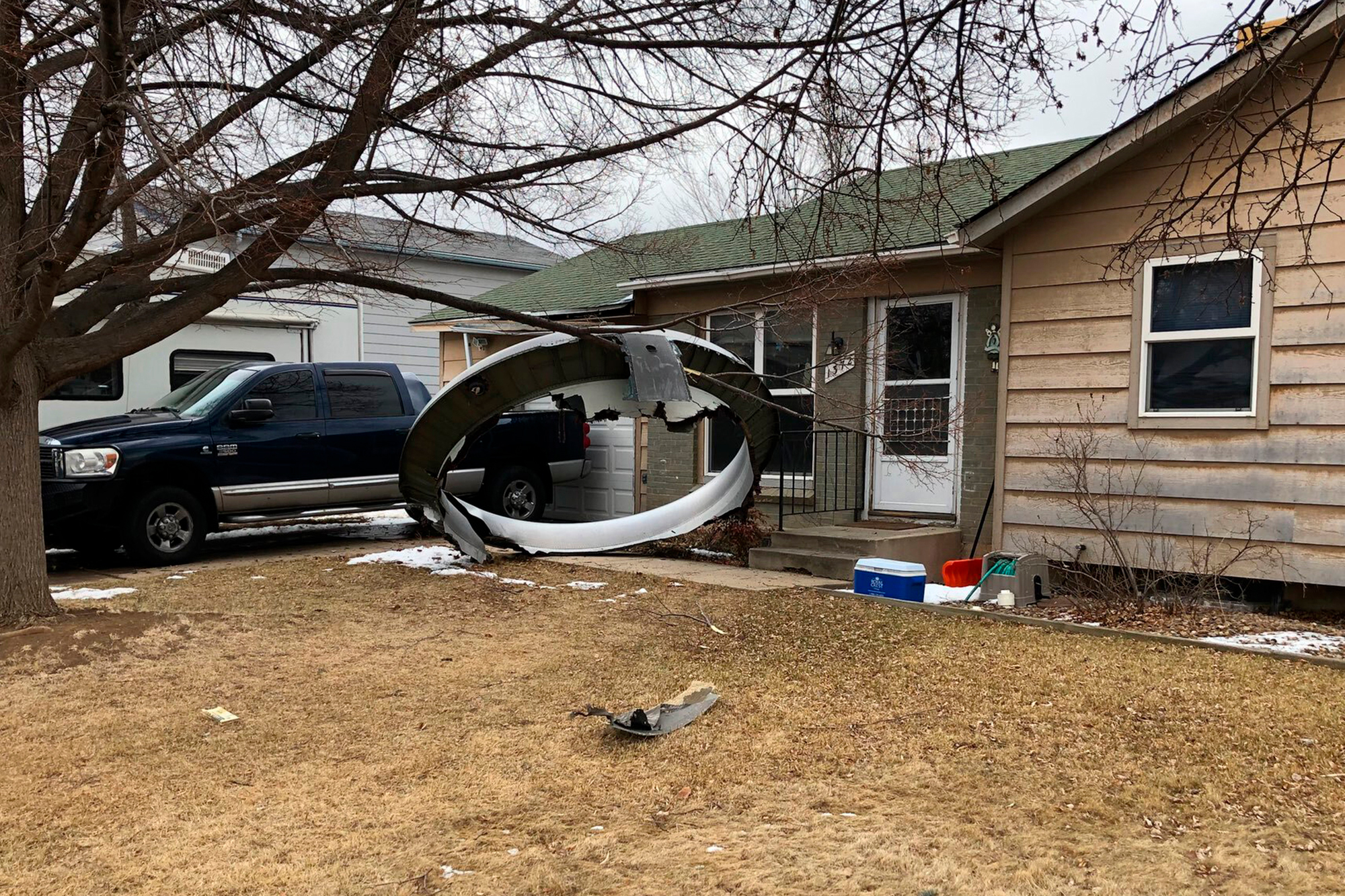 The starboard engine of a United Airlines passenger jet burst into flames over Denver on Saturday — forcing an emergency landing and causing a huge piece of engine casing to land on a suburban front yard, officials and witnesses said.

Amazingly, no injuries were reported from on board Honolulu-bound United Flight 328 or on the ground — despite dramatic images showing the rattling, burning engine and the front yard wreckage.

“Flight 328 @united engine caught fire. my parents are on this flight,” @michaelagiulia tweeted, along with video of the burning engine. “Everyone’s okay though!”

Passengers felt a violent shaking and saw a flash of light in the cabin.

Then the plane began losing altitude.

“We started going down,” recalled David Delucia, who told the Associated Press he was sitting directly across the aisle from the blown engine.

“When it initially happened, I thought we were done,” he said.

He and his wife took out their wallets, which contained their IDs, and put them in their pockets.

“In case we did go down, we could be ID’d,” he explained.

The circular casing from the blown engine landed in a front yard in the Denver-area suburb of Broomfield, where police sent out a Code Red to 1,400 residents asking them to look for additional debris.

Some of the debris pieces landed in a turf field in a Broomfield park, about 25 miles north of Denver.

“Please don’t touch or move any debris,” the Broomfield Police Department tweeted, along with photos of some of the scattered pieces.

The National Transportation Safety Board tweeted that it is probing the terrifying incident.

United said it is working with the NTSB on the “engine failure.”

“The NTSB is investigating and has directed that any persons with debris from this event contact their local law enforcement agency. All passengers and crew have deplaned and been transported back to the terminal in DEN. We are now working to get our customers on a new flight to Honolulu in the next few hours,” United spokesman David Gonzalez told The Post.

It was the second incident of a mechanical failure for the same day, United said.

In the morning, a United flight from Cancun, Mexico, to Houston — an earlier flight than the one taken back to Texas by the family of Sen. Ted Cruz — had to be diverted to New Orleans after experiencing trouble.

With Biden Behind on Confirmations, Senators Are Overloaded With Hearings

China Censors the Internet. So Why Doesn’t Russia?

Rupert Neve, the Father of Modern Studio Recording, Dies at 94

Panthers’ flurry of moves all point to Deshaun Watson push