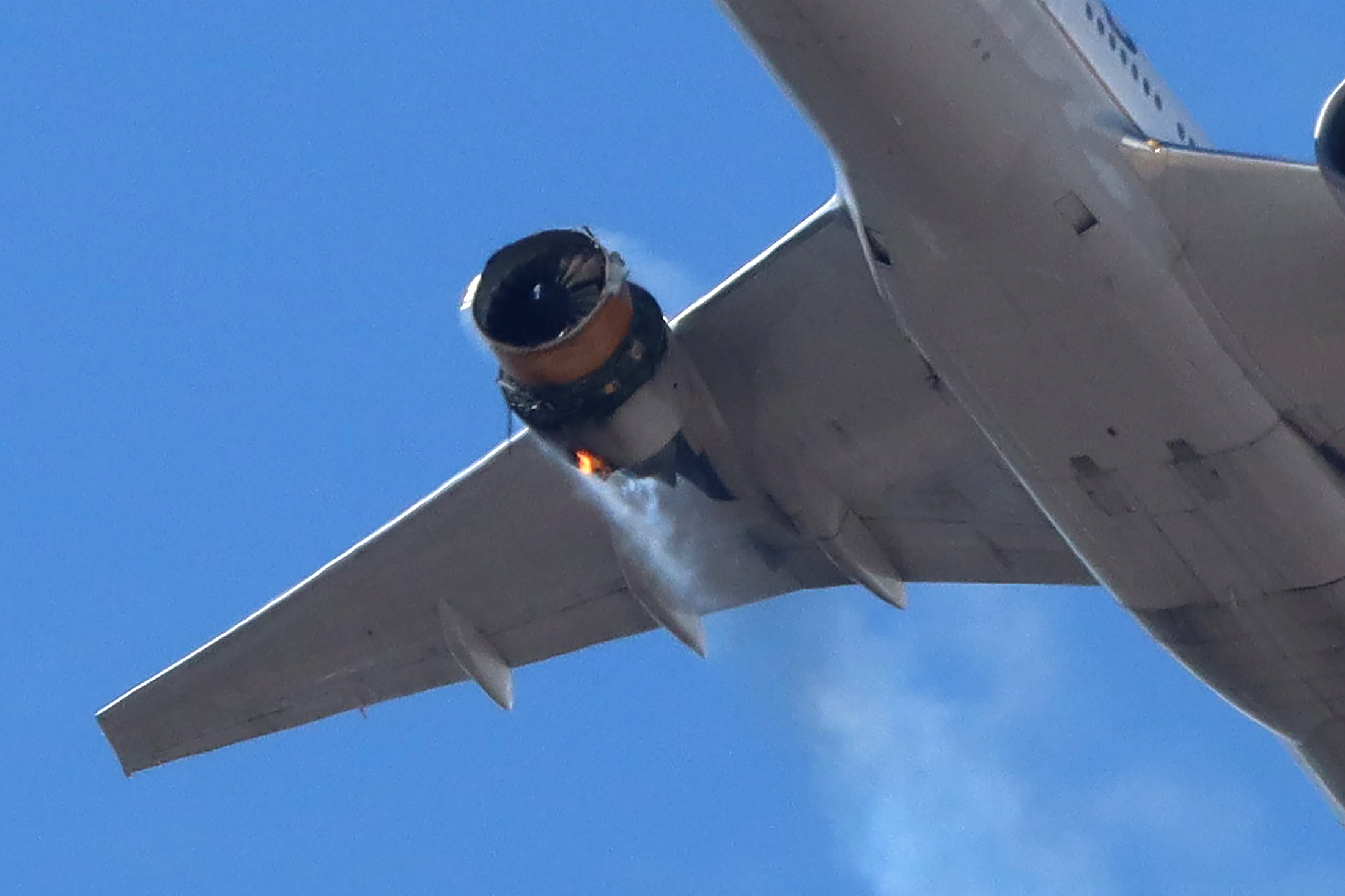 The pilot of United Airlines Flight 328 repeatedly called “mayday” as one of his engines exploded, raining down debris on a suburb of Denver, Colorado.

“United 328, heavy mayday, mayday, aircraft, uh…” the pilot repeated before air traffic control came on and asked him to repeat his urgent call for help.

The call came as his engine was fully engulfed in flames above Colorado, as caught on shocking video that quickly went viral online.

Other footage showed debris falling from the sky that was filled with black smoke — with huge chunks of the engine falling on the Denver suburb Bloomfield.

“Given the number of people who are at Commons Park on a weekend day we are beyond grateful that no one was injured,” the town’s police said, a sentiment shared by others online.

“It’s mind-boggling to hear nobody was injured or killed when an airplane broke apart in the sky over a packed neighborhood,” one follower replied.

Debris about 15 feet in diameter crushed the bed of Kirby Klements’ truck outside his house, with other chunks landing in his garden.

“If it had been 10 feet different, it would have landed right on top of the house,” he told The Associated Press. “And if anyone had been in the truck, they would have been dead.”

Despite the drama, the Hawaii-bound plane landed safely at Denver International Airport, and no one on board or on the ground was hurt, authorities said — much to the amazement of many onboard.

“The pilot did an amazing job,” Delucia said.

The Federal Aviation Administration said in a statement that the airplane experienced a right-engine failure shortly after takeoff.

The National Transportation Safety Board is investigating. Authorities have not released any details about what may have caused the failure.

Republicans willing to break from party to follow Trump: poll

California Will Reserve Vaccine Doses for Teachers and School Staff

Learning to Listen to Patients’ Stories