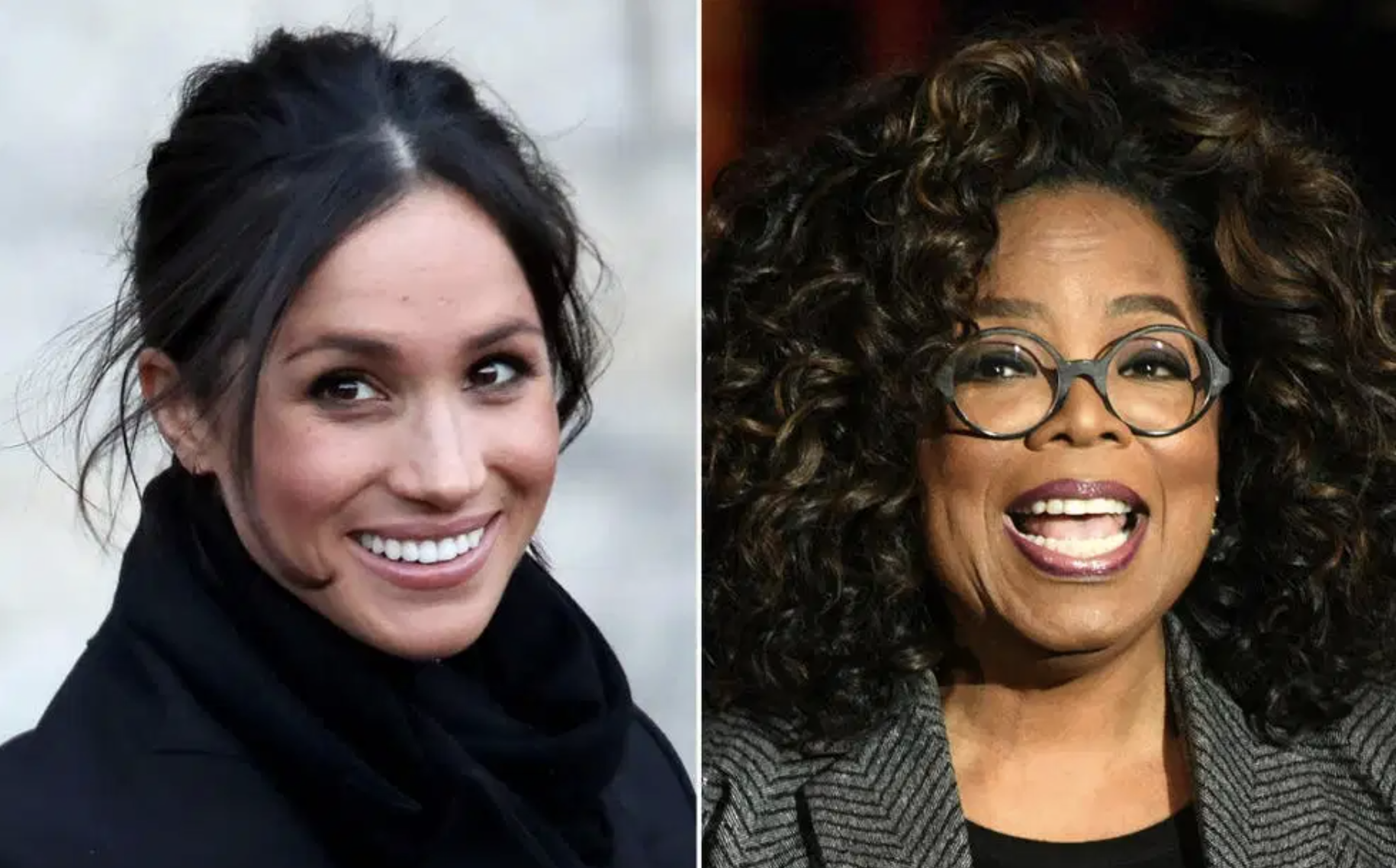 Meghan Markle and Prince Harry reportedly may have to re-shoot their crucial tell-all TV interview with Oprah Winfrey now that Queen Elizabeth II has stripped him of his honorary military titles and the two of them of their royal patronages, The Sun reports.

After Meghan and Harry announced early last week that they would be sitting down for a TV interview with Oprah to air on CBS on March 7, Buckingham Palace moved up its announcement regarding the couple’s status as members of the royal family.

Now, should the Oprah TV interview air with the footage that was shot of Meghan and Harry before the Palace’s announcement that the couple will no longer be considered working members of the royal family, some of it will be out of date.

“When the Duke and Duchess spoke, it was never envisaged they would have their patronages taken away,” an inside source said of the interview.

“They didn’t see it coming and spoke as they still had roles to play.”

“Now, however, other than their titles, they are to have no role in royal life – a point producers know was not discussed when Winfrey spoke to them,” the source continued about how Meghan and Harry’s TV interview with Oprah may need to be reshot, according to the Mirror.

“Neither the Sussexes nor the TV crew saw the fallout of their interview leading to this. Harry and Meghan thought they would retain their roles. But things have significantly changed for them since they eagerly sat for [Oprah] Winfrey and poured their hearts out.”

Harry had reportedly held out hope that his grandmother would allow him, as a proud military veteran, to retain his cherished honorary military titles. But the Queen laid down the law with both, forbidding them the “one foot in, one foot out” approach to royal life they had hoped for when they shocked the world by announcing Megxit 13 months ago.

The couple reportedly sat for the interview on Tuesday of last week.

Winfrey is claimed to have spent two days with the Sussexes filming their primetime interview.

At the same time that Oprah was conducting her TV interview with Harry and Meghan, the duke’s ailing 99-year-old grandfather, Prince Philip, was lying in a hospital bed in the UK.

Reports have indicated that Harry has begun self-isolating in his and Meghan’s lavish $14 million mansion in Montecito, California, in case he has to fly back to see his family should Prince Philip’s condition worsen or if he should die.

Get the latest news and important stories. Download the free Knewz app for iOS and Android.

Meghan and Harry reportedly decided to sit for the TV interview with Oprah, who is a friend and neighbor of theirs, because they wanted to have the last word on Megxit, Express reports.

Staffers at Buckingham Palace are reportedly gearing up for Meghan in particular to make embarrassing disclosures about how she was treated after marrying into the royal family in 2018.

The Princess of Wales sat down with Martin Bashir and spoke openly about her treatment as part of the Royal Family.

“One only has to look at the previous instalments of the tell-all interview to know these things never end up with a wholly positive experience for any party,” a source told the Mirror about the risks Meghan and Harry are taking by sitting down with Oprah for a TV interview.

“Everyone will be watching with intense interest.”

The Times reports that the royal family has been warned to run for cover once the Meghan and Harry TV interview with Oprah airs.

Last week was quite the banner week for the couple, considering that they started it off by announcing that they are expecting their second child in the coming months.

Three days before the severing of ties on Friday, the Duke and Duchess of Sussex made their move. Oprah Winfrey’s “intimate” interview with the duchess was filmed on Tuesday in the Californian enclave where Harry and Meghan are neighbours of America’s talk-show first lady, it has emerged.

Hide behind sofa, royals told, as Harry and Meghan open up to Oprah

A Digital Firewall in Myanmar, Built with Guns and Wire Cutters

Oklahoma man accused of cutting neighbor’s heart out, cooking it

Who Will Be the Next F.D.A. Chief?

Singer performs for the first time since lung transplant