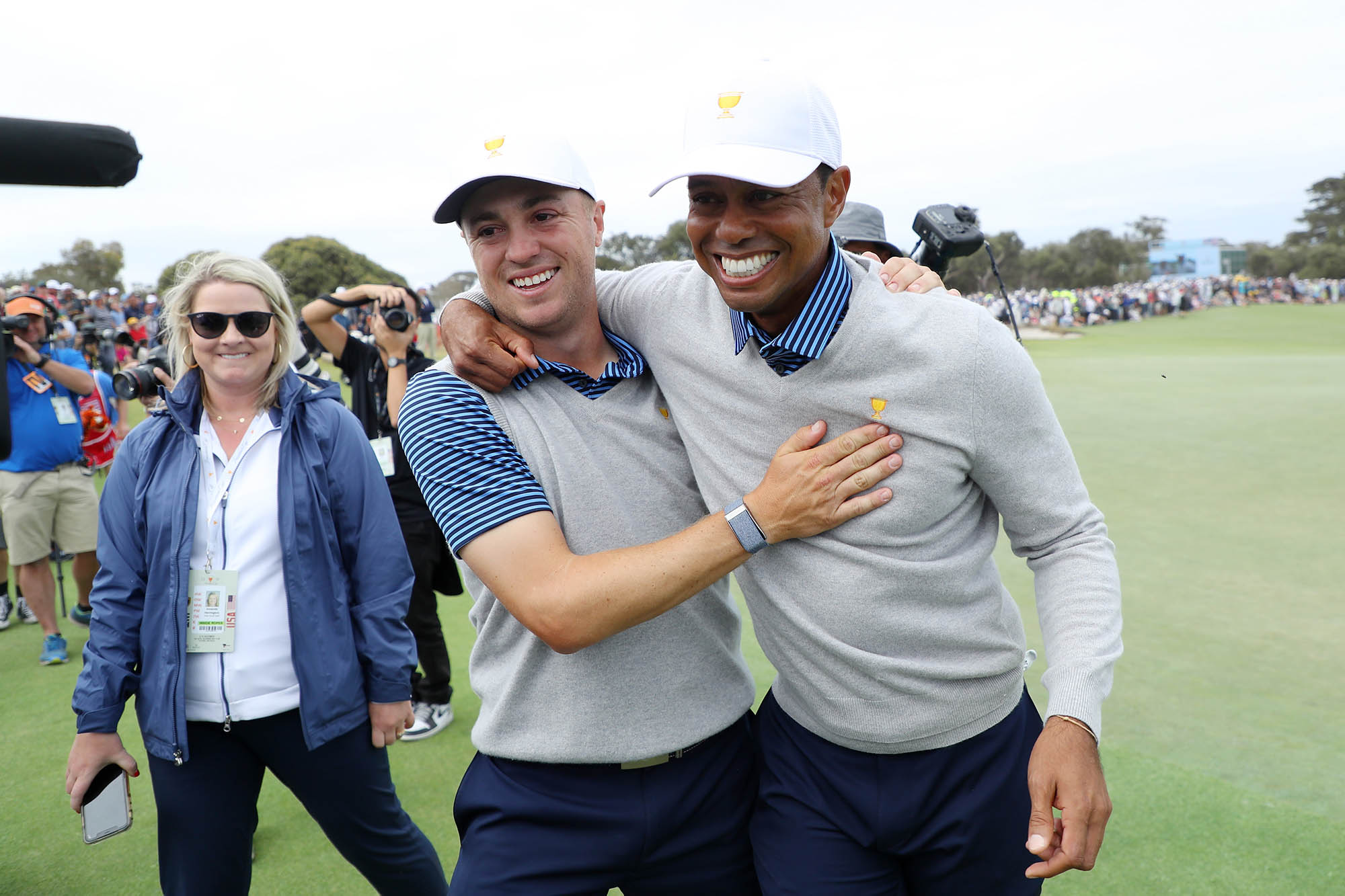 The entire golf world – and the world as a whole – was shaken after Tiger Woods was involved in a serious car crash, which left him with fractures in his right fibula and tibia.

Justin Thomas, one of Woods’ good friends, learned of the news shortly before he was scheduled for a virtual press conference surrounding the WGC-Workday Championship, which he will compete in later this week. It wasn’t until about six minutes into the press conference that he received a question about Woods.

“I’m sick to my stomach,” Thomas said. “It hurts to see one of your closest friends get in an accident, and man, I just hope he’s all right. Just worried for his kids. I’m sure they’re struggling.”

The next reporter then tried to make a quick pivot away from Woods, “on a lighter note” asking about the greens at the golf course. Thomas was visibly emotional before the question was asked, and the reporter faced social media criticism for his inability to read the room in the moment.

Woods wasn’t brought up again until the end of the conference, when a reporter asked, considering how close the two golfers are, whether he would consider withdrawing from the tournament. Thomas didn’t appear to appreciate being put on the spot like that.

The press conference was strange even before Woods was brought up. The first question Thomas faced, from Golf Digest, asked him about a famous golf history moment by Jack Nicklaus that inspired the name of The Concession Golf Club in Bradenton, Florida, where the event will take place. Nicklaus conceded a putt on the 18th hole of a Ryder Cup match, a famous act of sportsmanship, but Thomas was entirely unaware of the incident.

“No disrespect to you or to Jack, but I truly have no idea what the story is,” Thomas said, then joked he would “not have conceded the putt.”

Thomas also faced questions about his grandfather, who passed away early in February, and his use of a homophobic slur that was picked up on a hot mic in January.

Mexican president says country faring better than US on COVID-19

Here are the hottest TV shows slated for Spring 2021

Phil Mickelson saves his Champions round with key mud shot

Fanne Foxe, Who Plunged Into the Tidal Basin and Emerged Famous, Dies at 84