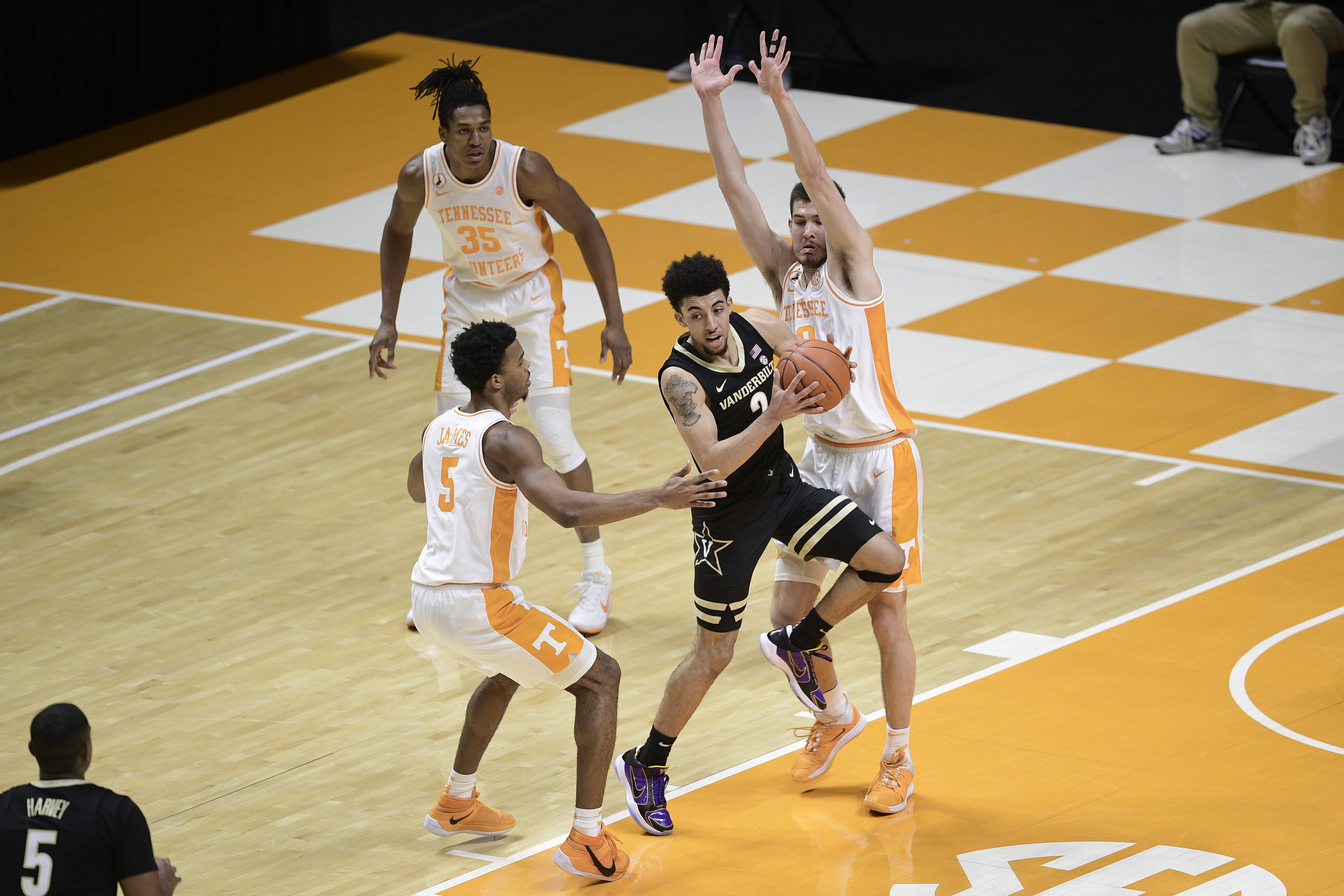 The Tennessee-Vanderbilt rivalry in both football and basketball largely has been dominated by the Volunteers through the years, but Wednesday night’s showdown in Nashville has a chance to be closer than many might think.

The Vanderbilt defense has been far from stellar, ranking 259th in the nation in points allowed on a per-possession basis. But Tennessee, which ranks 11th in this category, has given up 70 points or more in its past six games and is allowing more than 102 points per 100 possessions in its past four games.

Since falling 81-61 at Tennessee on Jan. 16, the Commodores have scored at least 70 points in seven of their last eight games with a cover or push on the spread in each of their past seven. Scotty Pippen Jr. is Vandy’s leading scorer at 20.5 ppg

Tennessee has allowed opponents to make 40.7 percent of their 3-point shots in their past three games and Vanderbilt gets 37.5 percent of its points from made 3-pointers, which is the 38th-most among Division I teams.

Steve Cohen is back on Twitter after GameStop debacle

Carl Frampton vs Jamel Herring Fight Live Stream: What Channel I can Stream the Boxing FREE

First airstrike under Biden against Iran-backed target in Syria

Covid-19 Vaccines: The Ultimate Guide to Every Vaccine and Their Impact

Nets don’t disappoint with fans back in the building